This past month we said farewell to a long-time member of the fire department. Battalion Chief Brian Cunningham spent nearly 30 years working for the Twin Falls Fire Department, starting in 1992 as a rookie firefighter and moving his way through the ranks to Driver/Operator, to Captain, and finishing his career at the Battalion Chief level. Nearly 80 people have been hired since BC Cunningham started his firefighting career in Twin Falls. The number of citizens he helped in their time of need, the changes and growth he developed and implemented for the department, as well as the firefighters he helped train make for a very interesting career for BC Cunningham and probably one of the most interesting ones that we will see for a long time. Brian will be missed but we wish him well in his new ventures. Enjoy your retirement, Chief, you earned it!

Well the five new guys have been assigned to a shift and an engine company and seem to be fitting in nicely. Earlier in March, we held a badge pinning ceremony at the March 11th City Council meeting. The 5 new hires, as well as 2 other members hired in 2018, received their badges, introduced their families, and recited the TFFD Firefighter oath. They now just need to continue working hard, gain experience, keep training every chance they get, and they will be able to have the same fulfilling career as BC Cunningham. Also at that this same City Council meeting, Firefighter Austin Sharp received his TFFD Firefighter II certification. Sharp worked hard to complete the requirements for this certification and is now able to better serve our community. Good job to all the members that were honored at the Council meeting, keep up the good work!

The sun is shining and you don't have to scrape your car windows every morning, so I guess that means spring is here, which means cleanup time. If you plan to do some cleanup burning and you live in the Twin Falls city limits, come into Station 1 downtown and get yourself a required burn permit. Burn permits are free of charge, good from January 1st to December 31st each year, and explain the rules for burning within the city limits. Remember: "When in doubt, put it out."

That's it for this month. Until next time, don't forget to wave to the guys in the BRT. 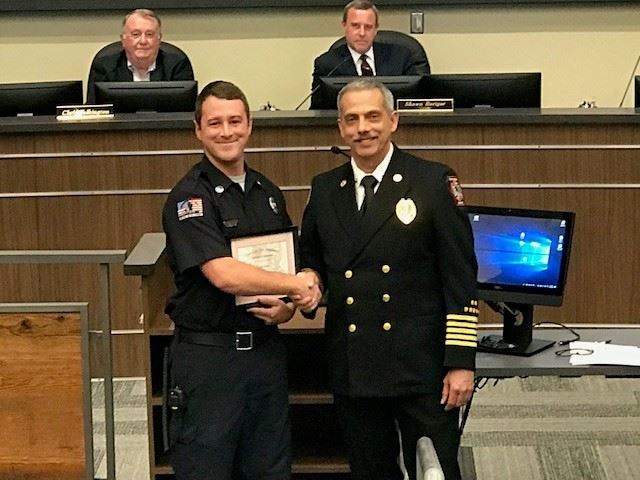 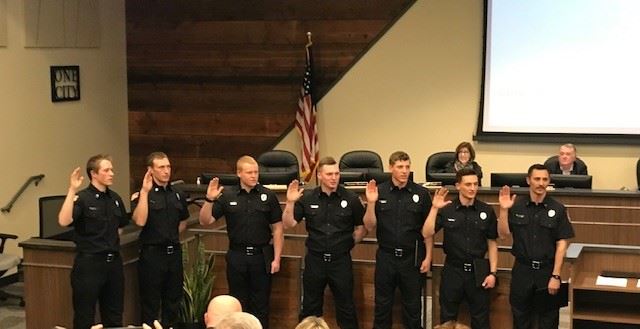 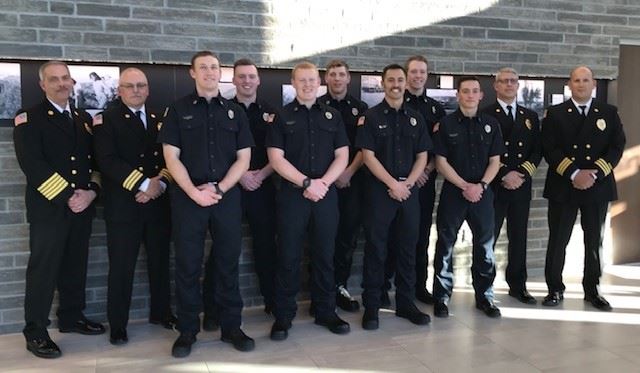