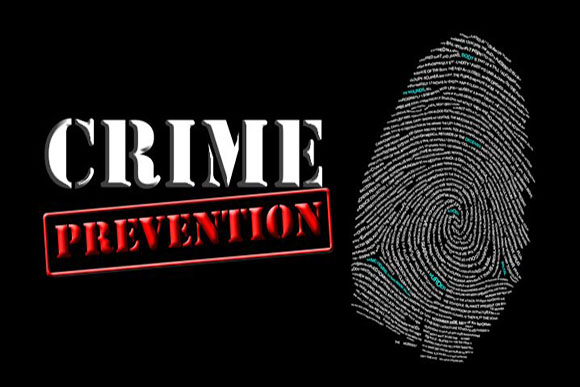 Community policing is a philosophy that promotes organizational strategies that support the systematic use of partnerships and problem-solving techniques to proactively address the immediate conditions that give rise to public safety issues such as crime, social disorder, and fear of crime.

The Twin Falls Police Department promotes community-based crime prevention programs, include those that operate within the community and involve community residents actively working with the police department to address issues contributing to crime, delinquency and disorder. Community members are encourages to play key roles in problem identification and planning solutions to problems in their communities.

It’s not always easy to spot con artists. They invade your home through the telephone, computer, and mail; advertise in well-known newspapers and magazines; and come through your door. Most people think they’re too smart to fall for a scam, but the opposite is true.

One particularly insidious type of crime preys on the goodwill of the American public: charity fraud, which increases at times of national tragedies and natural disasters. Anyone can fall victim to these crooks: Almost without fail, they’re well-mannered, friendly, and helpful—at least at first.

The elderly are frequent targets of telemarketing frauds and sweepstakes scams. The Twin Falls Police Department is working to design, implement, promote, and evaluate a strategic approach to prevent telemarketing fraud and related crimes against seniors by promoting awareness and action on preventive strategies by senior consumers, law enforcement, and other community resources.

Almost all children today have access to the Internet through schools, libraries, community centers, or their home. And most 8 to 18-year-olds, 74 percent, have Internet access from their home computers.

Not only do more children have access to the Internet than ever before, but they are using it more, too. Many schools incorporate the Internet into their curricula and encourage online research for projects. But that’s not all kids are doing online. They also email, chat with friends through instant messenger and in chat rooms, play games, create websites and web blogs, and just surf the ‘net.

Even as kids grow savvier in their use of the Internet, it can still be a dangerous place. The good news is that most dangers can be avoided if children and their parents learn about smart Internet use.

Bullying has become a tidal wave of epic proportions. Although bullying was once considered a rite of passage, parents, educators, and community leaders now see bullying as a devastating form of abuse that can have long-term effects on youthful victims, robbing them of self-esteem, isolating them from their peers, causing them to drop out of school, and even prompting health problems and suicide.

Cyberbullying is similar to other types of bullying, except it takes place online and through text messages sent to cell phones. Cyberbullies can be classmates, online acquaintances, and even anonymous users, but most often they do know their victims.

In these times of economic distress, many people are concerned about the threat of rising crime in their communities. Fortunately, there are ways to help protect your home and your neighborhood from crime. From simple steps like keeping your doors locked to starting a Neighborhood Watch program, there are plenty of things you can do to prevent crime.

Work with your neighbors to keep your neighborhood clean and orderly. Keep spare keys with a trusted neighbor, not under a doormat or planter, on a ledge, or in the mailbox. Set timers on lights when you're away from home or your business is closed, so they appear to be occupied. Illuminate or eliminate places an intruder might hide: the spaces between trees or shrubs, stairwells, alleys, hallways, and entry ways. It has never been more important for citizens to work together to prevent crime.

Gang activity can overpower a neighborhood and terrorize its members. In many neighborhoods, people are not able to sit on their own front porches and children are unable to walk to school without being harassed by gang members. Historically, gangs have formed in large metropolitan areas such as Chicago and Los Angeles. Today, gangs are forming in rural areas as well, and becoming larger and more complex

Together, we can unite for a stronger community - and a stronger America. By making sure we are better prepared at home, in our schools, in our places of worships and in our businesses. Citizens can do much to minimize loss of life and ensure that their community survives a natural disaster or terrorist attack.

Natural disasters can frequently be predicted so that people have some time to prepare. But criminals and terrorists strike without warning, making it essential to have in place well-planned responses to such events.